That's probably the single best way to recap the first annual Tioga Thrillseeker, held on July 11, 2021, just outside Grand Rapids — a course of topsy-turvey flowing singletrack through the woods and old iron mine trails of the northern Minnesota Iron Range.

The course — which just opened to Minnesota mountain bikers just over a year ago — joins the now famously "other red dirt" mining trails at Cuyuna — which is hosting its 2021 race on Aug. 22.

"The course is actually pretty awesome," said High School League Racer Anthony Herlitz. "The downhills were really fast and flowy — all kinds of jumps and offshoots. I thought the course was pretty great!"

Race Director Emily Bujold said the event — the first of what they are planning to be annual — turned out tremendously for what they had hoped. More than 150 racers turned out for the event, which took place at the Tioga Recreation Area just outside of Cohasset.

"It was challenging," Bujold said. "Good uphills, downhills ... there's a lot of good flow. People really like it."

And how. For some, the Tioga Thrillseeker is already a favorite.

"It may be in one of my top places to race — I really love the course," said Elite category racer Leah Hiller.

Indeed, the course was fast. With just around 2,000 vertical of climbing, the course boasts superfast rollercoaster pops and descents on both red and brown dirt trails.

The most challenging part of this year's race was the dry conditions: With little rain the previous week, more than a few riders spent time skidding and slipping out on the high banking turns throughout the course.

"It was really sandy and soft," Hiller said. "I washed out on one berm — but it was a soft crash. And so then I said I'm just going to hold my position and not overcook the bike."

But even with the dry conditions, the course was an absolute blast — an approximately six-mile loop that flew along the shores of water-filled mines and Cavanaugh and Pokegama Lakes.

Even the race director found time to race — and had a great spin.

"We got a lot of really good feedback," Bujold said. "I did the Sport course and I liked it — I had a lot of fun!"

Peace Coffee Racer Troy Melhus is a former Expert racer in the Minnesota MTB series and former staff writer for the Minneapolis Star Tribune. He can be reached at tmelhus@gmail.com.

Detroit Mountain Shakedown 2021: HOT, dry but what a flow!

DETROIT LAKES, MINNESOTA — HOT. If you were to describe the 2021 Detroit Mountain Shakedown in a word, it would any number of variations on baking heat — and sweltering, dusty wind. But aside from an unseasonably warm start for latitudes this far north, this race was amazing.

The Minnesota Mountain Bike Series returned to Detroit Mountain on June 6, 2021 — its first time back to the course since taking a hiatus in the 2020 season due to the COVID-19 pandemic.

And what a return it was.

Anyone who knows anything about riding in this part of northern Minnesota knows this region isn't known for its leg-busting climbs. But what the course at Detroit Mountain lacks in significant* elevation, it makes up for in an awesome seven-mile flow.

"The course is dry, fast — a lot of fast laps," said "Trails Boss" Tony Schmitz. "But the course is holding up. It's good in the woods."

The race began just outside the (I dare say) awesome Detroit Mountain chalet at the base of the winter bunny hill, which also provided racers a cool air-conditioned respite before and after the race. Following a short sprint up alongside the ski area's winter magic carpet, the race headed north into the the deep woods, dropping riders into a a tricky and challenging flow of roller coaster ups-and-downs.

"This is a great course — full of lots of fun, flowy trails," said Saint Paul racer Nick Klever. "I went out way too hard. It took me nearly the first lap to recover, but I made it through in the heat."

And then, just when racers were closing in toward the end of each lap thinking it would be easy-peasy-lemon-squeezy, the final leg of the course brought them to the Day Tripper section, which included a beefy and challenging extended climb.

Detroit Mountain General Manager Jeff Staley, who handed out stickers and water at the end of the race to all finishers, said it was the fifth time the series hosted the race for the series. He said all competitors seemed to enjoy the race.

"We love having the series at Detroit Mountain. We love getting the folks up here from the city and riding our trails," Staley said. "People like the grueling hill climb on Day Tripper and the uphill bunny hill climb is tough, but they like it."

Count me as one of them.

Great to be back.

Peace Coffee Racer Troy Melhus is a former Expert racer in the Minnesota MTB series and former staff writer for the Minneapolis Star Tribune. He can be reached at tmelhus@gmail.com. 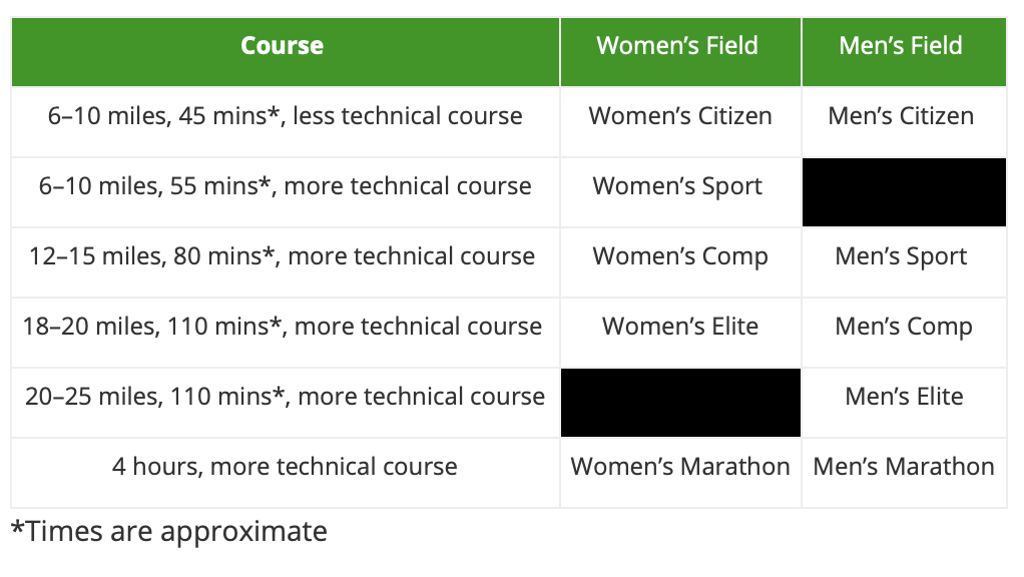